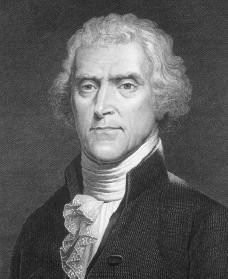 0 thoughts on “Book Review: “Thomas Jefferson: The Art of Power””