Unfortunately, there was some retained placenta and she lost a lot of blood and had to be transferred to the hospital for curettage and a blood transfusion. Joel and I came over in the car. We spent the night sleeping on the couch in her hospital room.

That next morning, Joel was puking up some green mucus. I called the midwife, she called our pediatrician, an the next thing you know, I’m wheeling Joel down the hall to the Neonatal Intensive Care Unit and meeting a neonatologist.

They suspected an intestinal malrotation based on the bile he was spitting up. Basically, our digestive system is supposed to twist a certain way, but sometimes it wraps around on itself which can cause blood to be cut off to parts of the bowel, killing the tissues and killing the baby. A surgical emergency, as they put it.

So, less than an hour after checking him into one NICU, I was signing papers to have him taken in an ambulance to the NICU at Presbyterian/St. Luke’s where they could do a upper GI contrast scan to confirm and then surgery to correct the malrotation.

Valerie was stuck at the previous hospital. They confirmed the malrotation and started prepping the operating room for surgery. I got to hold Joel for a few minutes before they took him in to anesthesia.

In just under two hours, the surgeon went in laparoscopically and untwisted Joel’s intestines. He handled the surgery well and recovered after about a week in the NICU to confirm that his newly rearranged bowels were working properly. We were very lucky that there was no dead bowel tissue that had to be removed.

Now he’s back home with us and doing great. He will have to go back in to surgery week after next to repair some hernias they found during the first procedure, but that’s much less invasive.

Ruth is adjusting to having a little brother, though it’s a sometimes slow process for her to realize that she’s not the center of attention anymore.

Valerie’s blood counts are almost back to normal, which is pretty amazing since she lost 2 liters of blood. 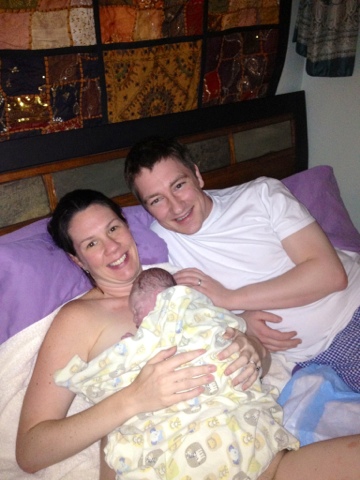 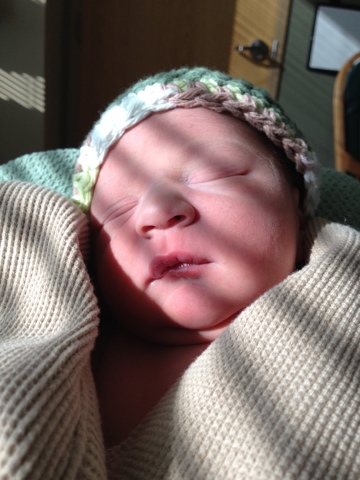 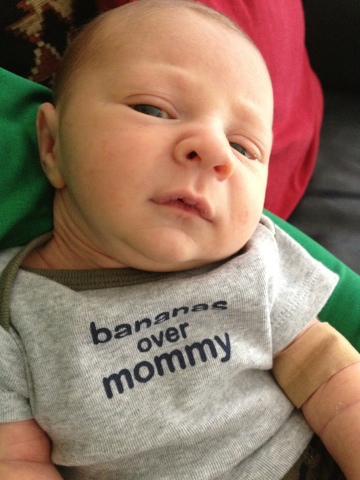 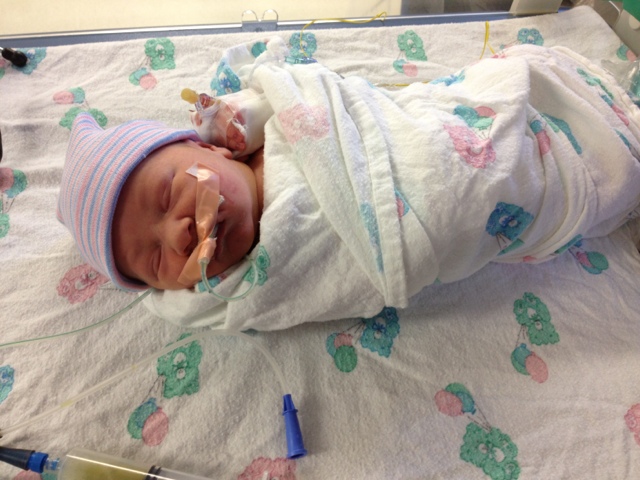 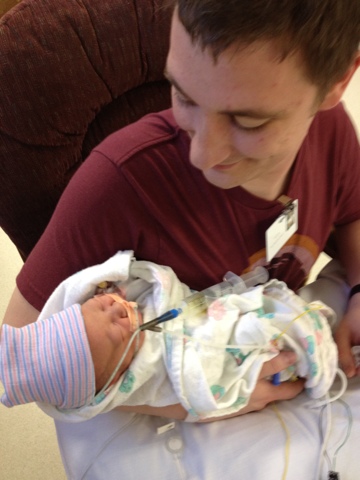 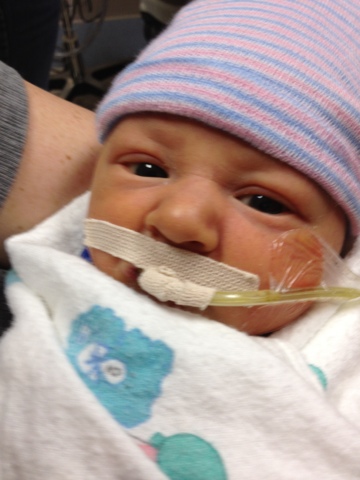