This municipal broadband explainer should be required reading for every public servant in Utah. We can’t afford our legislators’ susceptibility to jingoistic telecom talking points about “free markets” that aren’t. They’re getting played. #utpol https://twitter.com/doctorow/status/1350618949688328193

With the deplatforming of forums where trumpists and right-wing figures congregate, there's a lot of chatter about whether and when private entities have the right to remove speech, and what obligations come with scale. 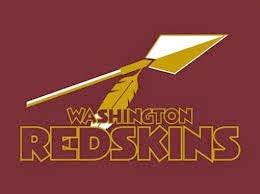 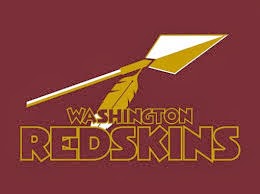 Back in March, when the Washington Post was leading the preseason charge to pressure the Redskins to change their name, I wrote a short post suggesting the team shouldn’t change the name, making two main points: (1) the word “redskin” is no longer commonly used to refer to Native American people at all, and (2) the linguistic origins of the term are not actually offensive, with the offensive usage taking hold for a much shorter period later. (See Ives Goddard, “‘I am a red-skin’: The Adoption of a Native American Expression (1769–1826)“, Native American Studies 19:2, 2005)

It’s October now and the Washington Redskins are visiting the Denver Broncos for the first time in eight years. My mother-in-law flew out for the game and we went downtown to the Redskins Rally at the Tavern last night. The organizers said it was the largest turnout for any event they had ever had in a visiting city; I guess waiting eight years will build up some excitement. Chris Cooley was there and took a picture with Joel. Valerie and Ruth took a picture with Dan Snyder. Several renditions of “Hail to the Redskins” were sung. There were also a couple of spontaneous chants of “keep the name.”

That got me thinking about why I still don’t support the name change, even though I try not to use other offensive words like “fag” or “retard” or “nigger.”  I don’t use those words because I love beer, freedom, and other people and see no value in hurting others.  (I do slip from time to time and use offensive terms like “Cowboys fan.”  Mea culpa.)

Many years ago, I read a book by Miss Manners, the etiquette columnist. I recall her suggesting that the polite thing to do is to refer to someone how they would like to be referred to. It came up in the example of someone named James who would be called Jim by strangers and really preferred to be called James. Since then, if I meet someone with a commonly shortened name or nickname, I always ask them which they prefer.

This situation came up more recently after the Manning trial. The Pfc. Manning was an Army soldier who leaked a number of videos and cables to Wikileaks and was court martialed. After the conviction, Manning came out as transgendered and asked to be referred to as Chelsea Manning (as opposed to Bradley, her male birth name). Having transgendered acquaintances in the past, this was just common sense and the polite thing to do. However, a number of journalists and commentators thought it was absurd.

It’s fine to have the opinion that some words are just offensive and not want them used at all. I have many friends who are on the other side of this issue and I respect their position. But there is a fundamental difference between campaigns like The R-Word that seek to stop the use of a term to disparage individuals and a campaign to change the name of a football team because you are offended by the word’s use in any context.

In short, there’s a difference between saying “you’re a filthy redskin” to a person and singing “Hail to the Redskins” after a touchdown. I would never do the former; I hope to do the latter many times this afternoon when they beat the Broncos.